The Old Gramophone Works located adjacent to the Grand Union Canal in Kensal Rise opened on its present site in the early 1920s. The building went on to house the infamous Saga Records, acquiring Trojan Records in 1975 and becoming the epicentre of reggae music in London.

As part of a phased development led by Resolution Property, Studio RHE and Heyne Tillett Steel are working on Phase 2 which includes the restoration and repurposing of the existing concrete-framed building. The new Gramophone Works is a landmark commercial development which is set to deliver a series of new and refurbished workspaces. Ideally suited to small and medium creative enterprises, the building features flexible and functional working areas as well as a canal-side café, communal reception facilities and external green areas at both ground and roof levels.

Previously tired and outdated, the existing concrete building is undergoing significant structural change with new architectural detailing throughout the interior and exterior spaces. To refurbish and extend the existing RC framed structure, lightweight CLT and glulam beams have been installed, increasing the building from two to six storeys and adding an additional 60,000sq. ft of commercial office space.

Specifying timber as opposed to a heavier building material such as steel or concrete has allowed for minimal strengthening to the existing foundations which have been reused to support the additional four storeys. To support the new timber frame, CLT cores will be threaded through the additional floor levels. A steel transfer deck is proposed above the existing roof slab with a new glulam frame and CLT floors spanning between secondary beams.

The existing structure was originally built to accommodate further expansion, in keeping with the previous occupier’s growing business needs. As the growth of the company never materialised, the building was left with a heavily engineered structure including column stubs protruding from the roof and two five-storey circulation towers. The new building design fully fulfils the original intent through using the structure as a foundation to support a new timber frame, further maximising office space. 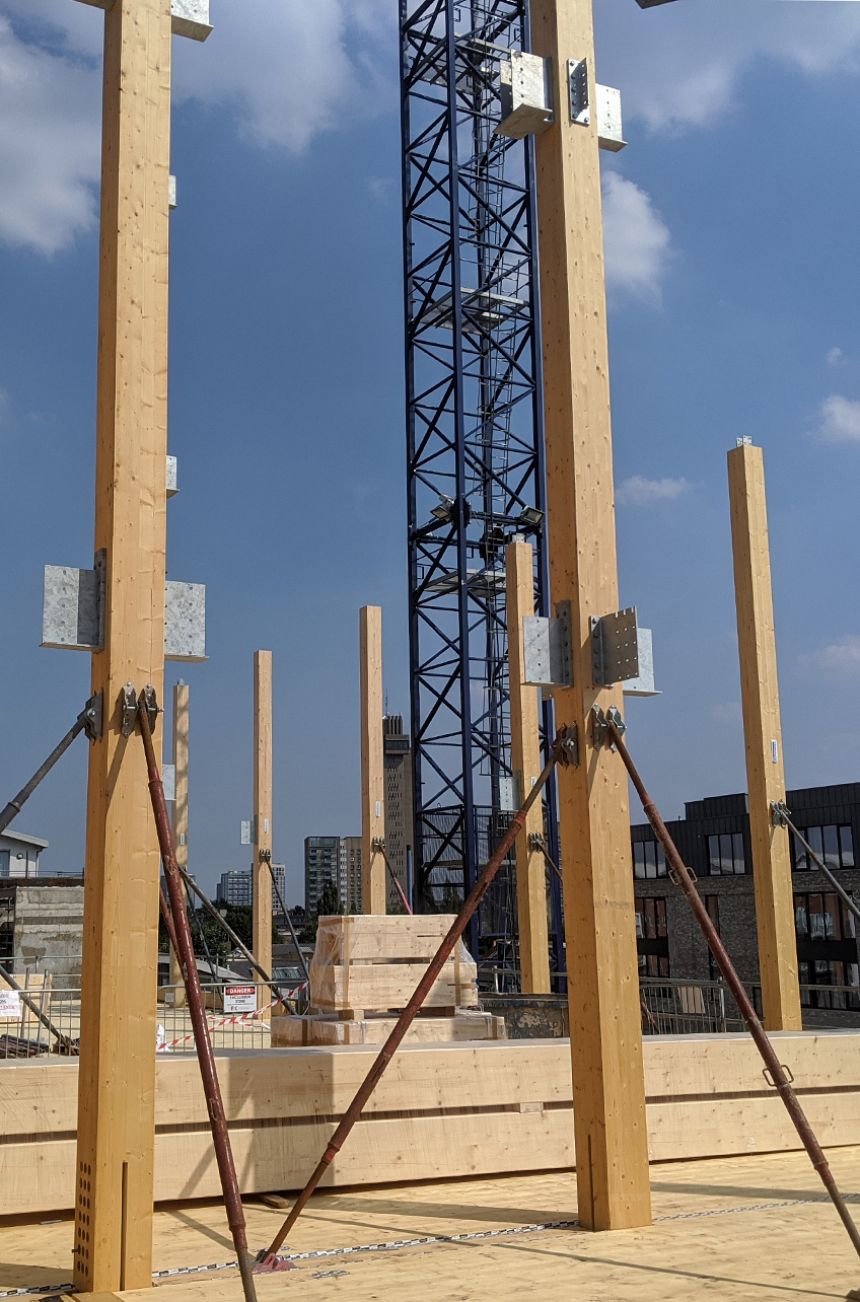 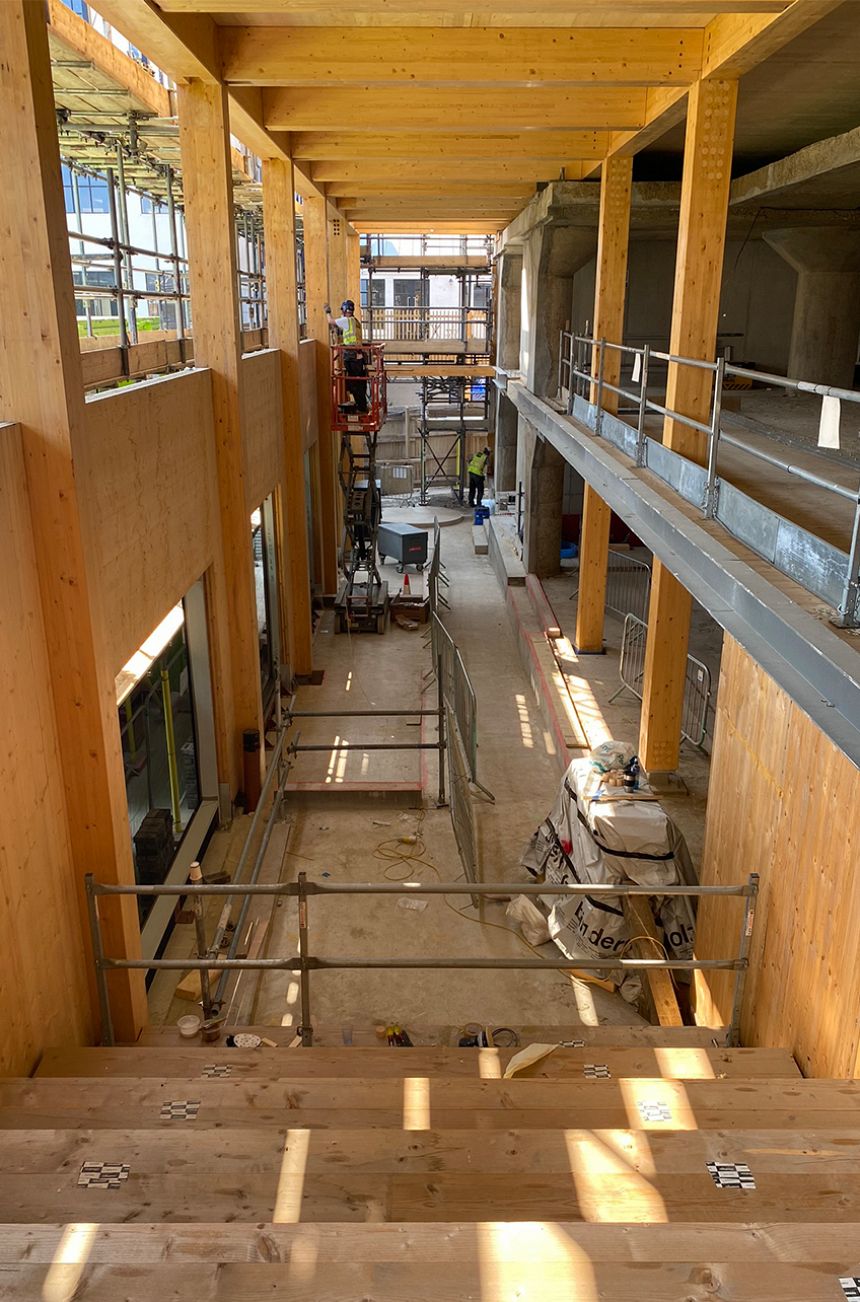 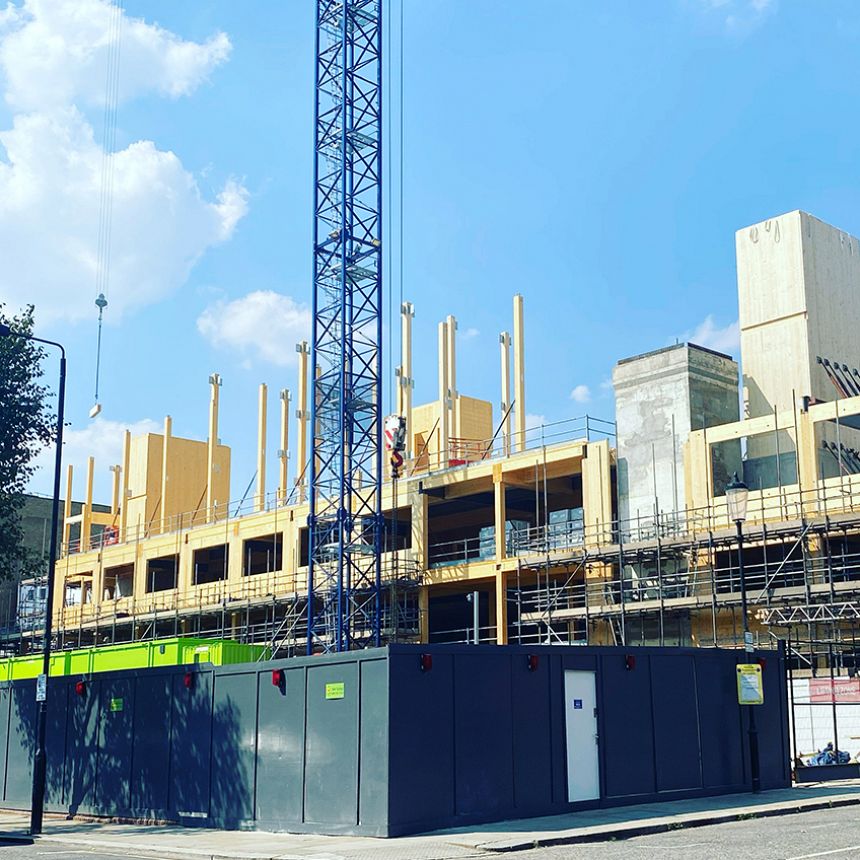 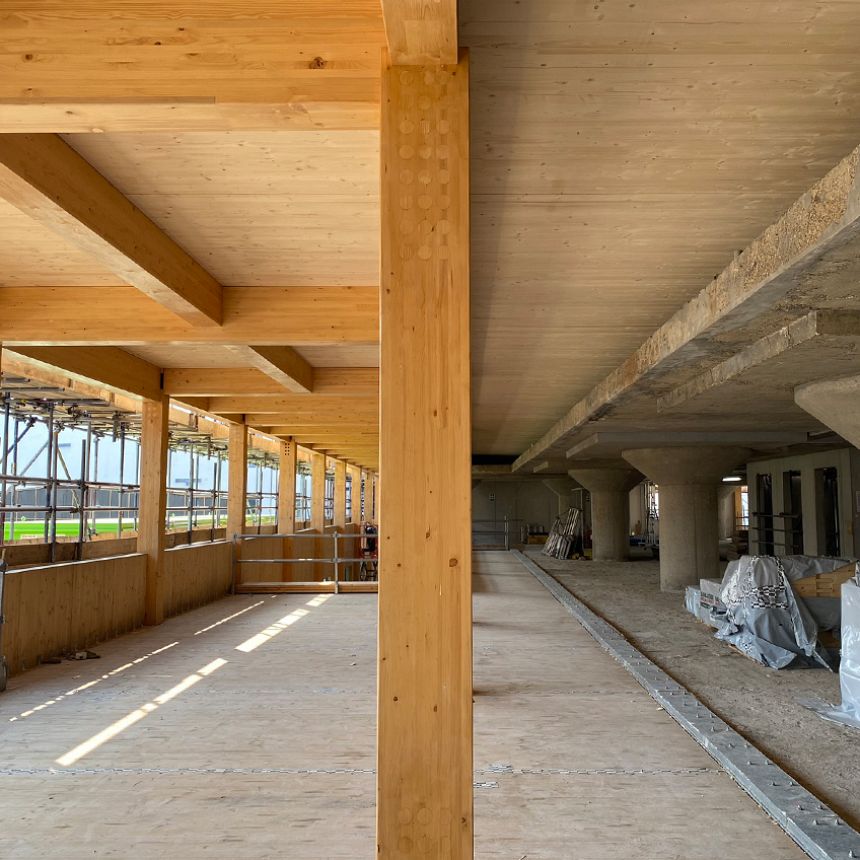 Using structural timber and low carbon construction techniques, The Gramophone Works is set to deliver an exemplar of sustainable design. Acting as a natural sequester, timber stores the carbon absorbed by the tree, thereby locking it into the building’s structure for its lifetime and significantly lowering carbon emissions. All connections within the building are designed to be fully deconstructable, allowing for members and floor plates to be recycled on future developments and promoting reuse within a circular economy.

The project is one in a number of timber framed buildings completed by Heyne Tillett Steel over the last 13 years. To help meet the industry’s challenging net zero carbon targets, the practice is specifying structural timber on a number of large-scale commercial projects across London and undertaking research into the performance of CLT floor panels to remain at the forefront of the timber engineering sector.

To measure, communicate and effectively reduce the building’s embodied carbon, the HTS Carbon Counter has been used through each stage of design development. Based on an area gain of 6,080sqm, the new 8,550 sqm commercial building has 152kgco2e/m2 for the structure. This measures below the RIBA and LETI 2030 carbon targets for structure of 169 kgco2e/m2 and 228 kgco2e/m2 respectively.

Through opting to reuse and remodel the structure, the development has retained the cultural and social history of the existing site and provided a sustainable, creative hub for tenants and local residents. Currently on site, the building’s central CLT cores have been installed with the primary structure half-way to reaching completion. The project is due to complete in mid-2021.