We are excited to see the completion of 77 Coleman, a major refurbishment of an existing commercial building in the City of London.

Designed by Buckley Gray Yeoman for our client, Kajima Properties, the building’s character has been carefully reconsidered, including a newly clad façade which correlates with the City’s urban grain.

The building’s relationship to its surroundings is now better established through reinstating Nun Court, a pedestrian path which runs through the south side of the development. Previously uninviting and underused, the route has been revitalised with a number of architectural interventions and a host of retail and leisure units.

Placing sustainability at the heart of the development, 78% of the existing concrete structure has been reused, lowering the embodied carbon and reducing waste and pollution associated with demolition.

Mark Tillett, Director, Heyne Tillett Steel said: “The project involved an extensive remodelling of a 1980s concrete framed building including a new 3 storey steel framed roof extension. Undertaking 3D modelling at a very early stage from archive information, backed up with extensive site testing, provided the most informed approach for developing an efficient scheme which maximised the re-use of the existing structural elements. Reconfiguring the internal core and justifying the re-use of the existing piled foundations allowed 78% of the original concrete structure to be retained. We pushed all elements of retained structure to achieve their full potential allowing a figure of 161 kgCO2/m2 embodied carbon to be achieved when looking across the GIA. This is within LETI and RIBA 2030 Carbon Zero Targets for structure.” 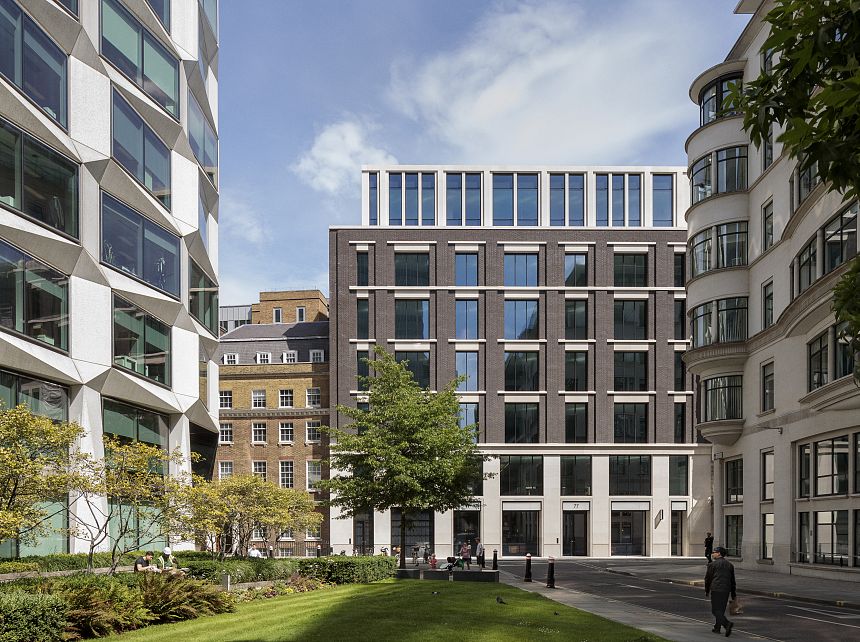 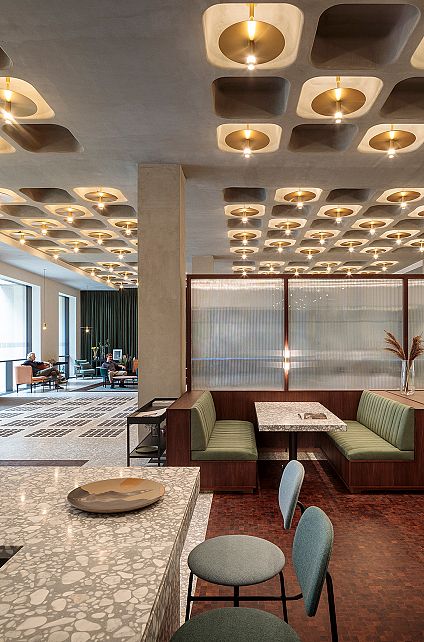 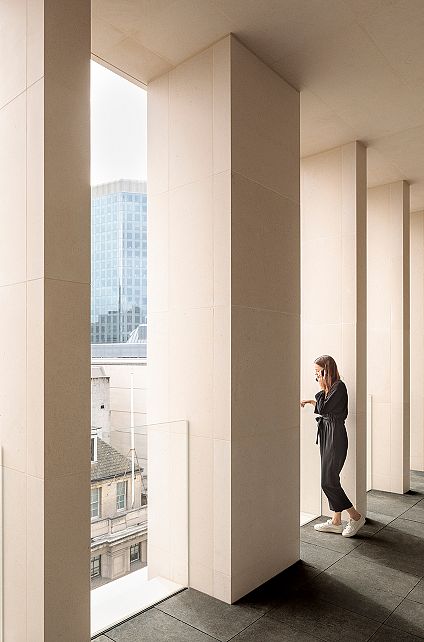