A redevelopment of an existing five-storey load-bearing masonry office building with single-storey basement. The existing structure was rebuilt in the 1950s following bomb damage during the Second World War. Much of the existing structure to the lower floors, which is constructed in post-tensioned concrete beams and in situ slabs, is being retained and will be exposed within the office space. The main alterations to the lower floors consist of the removal of an existing stair/lift core to provide more office space and two new-mezzanines within the basement/ground floor space.

The main new-build aspect of the project involves the removal of the existing roof slab to allow the construction of an additional floor including improved headroom to the existing fourth floor. The steelwork forming the new storey and roof has been carefully designed to provide a column free space to the 6th floor, with perimeter columns concealed within the finishes to create unobstructed views through the glazed façade. The steel beams support in situ concrete floors on profiled metal decking and sit within the depth of the slabs to maximise clear heights within the office space. The existing floors the structure is to be exposed within the office space. 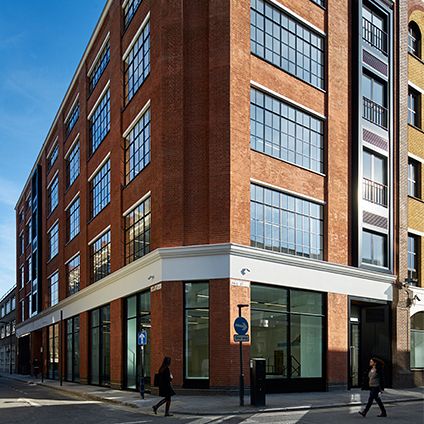 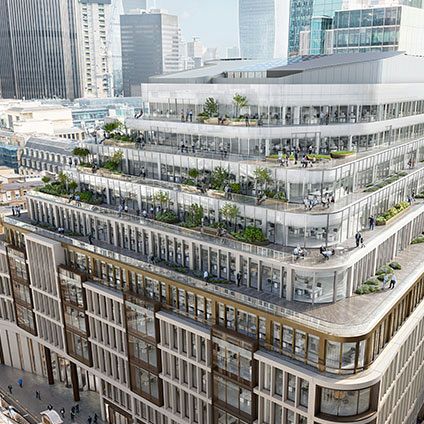 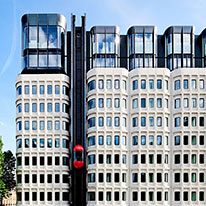 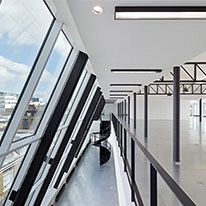 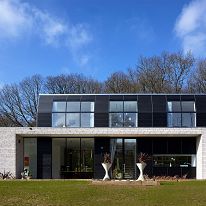 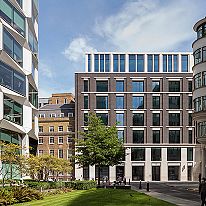 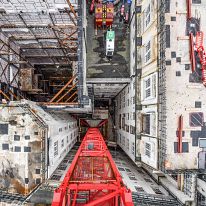